Ascended masters are highly developed souls or Mahatmas, who lived on Earth as healers and spiritual teachers who had many reincarnations before experiencing spiritual enlightment and moksha (liberation).

They are the guardians of ancient knowledge and wisdom that come from various religions, cultures and civilizations.

They live in Shambhala (Sanskrit: a place of happiness, peace, and harmony) – a mystical kingdom hidden behind the snowy peaks of the Himalayas.

They help people to raise awareness. Their task is to bring the world to the Golden Age or Sat Yuga.

They do not incarnate on Earth like the Avatars, but exist in the collective consciousness as the Archetypes Jung spoke of.

Among the Ascended Masters there are so-called Chohans or lords of the Dharma who direct light rays of different colors and frequencies, by which they heal people on Earth and raise the vibrations of humanity. 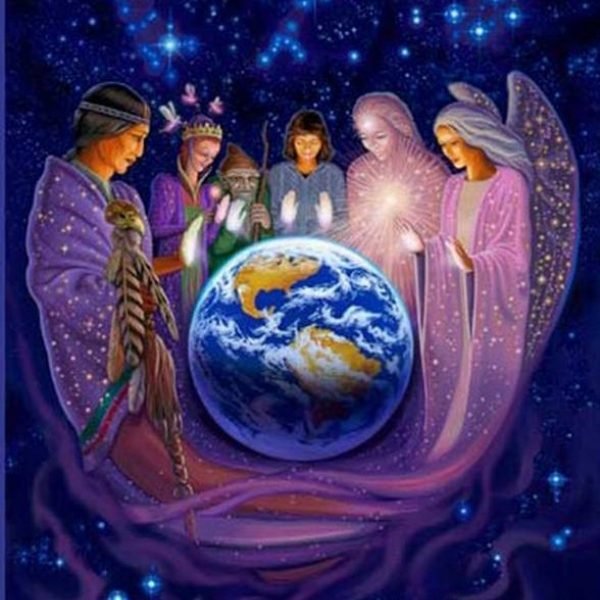