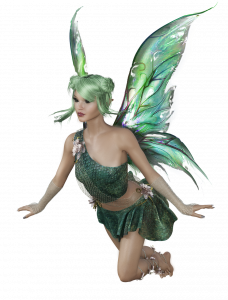 Fairies are light beings that live in forests, nature, among flowers, although they prefer to spend time on the tops of high mountains. They are the guardian angels of Nature and animals. According to legends, they give people happiness and fulfill wishes. At night they can be seen dancing in meadows and forest glades. And sometimes, when they want to hide from people, they turn into beautiful white swans.

Their life task is to ensure the health of Mother Nature. Unlike angels, whose bodies are exclusively astral, fairies have very bright etheric bodies of human size, therefore it is easier for us to see them. They, unlike other angels, live in the denser part of the astral plane, which is in direct contact with the physical plane.

🧚‍ FAIRY QUEEN 🧚‍
Epona is the queen of fairies – an ancient Roman goddess of Celtic origin. She is the protector of horses, spirits of nature, and crystals.
She was especially revered by Roman soldiers. 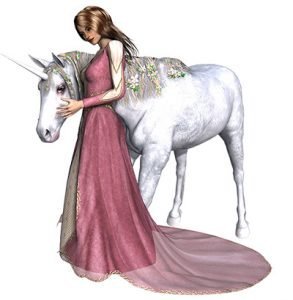 She is portrayed as a beautiful fairy riding on a white unicorn and holding crystals in her hands.
Shrines were erected in her honor throughout the Celtic world from Gaul to Pannonia.
She also comes from the ancient lineage of Great Mothers, from the time when women had the main say among men and gods.

🧚‍‍ DRYADS 🧚‍
Dryads are the goddesses of Nature – they are the protectors of the forest and all living beings that live in the forest. They are beautiful forest ladies who merge with the trees and change shape, so sometimes they seem to become one with the trees – especially during the full moon. They carry the energy of femininity, magic, healing, secrets, miracles, and wisdom.
Dryads have the power to create illusions and are skilled in spells, which is why they move unnoticed and shapeshift from one tree to another. They protect the entire forest and, if necessary, hide animals and plants if they are in danger.
They help us in life transformations, adaptations, and protect us.

🧚‍ FOREST NYMPHS – FAIRY RINGS 🧚‍
The Forest Nymphs are beautiful, charismatic Fairy Women, tall as humans, with beautiful angel wings. Like Dryads they live in the forest and can take any shape and form in the blink of an eye.
They are known for their love of music and dance, so you can see them dancing in the glades and meadows, especially in the circle, creating prints of circles, which is why they are also called Ring Fairies. Circles of flowers, grass, shrubs, bushes, etc. are their signs.
They play flutes and other natural instruments, love to socialize with people, and share their natural abundance, joy, laughter, love, and happiness.
At night they can be seen sprinkling their magical stardust on flowers, parks, gardens, and meadows.
They are also known for their enormous beauty and as female “cupids” that help people unite in love.

🧚‍ STAR FAIRIES 🧚‍
Star fairies are fairies of the Light. They are originally from Venus, the first-morning star. We can see them at night as an orb of light or as a shimmering twinkling star. They are very ethereal in appearance and leave behind a fairy glittering dust. They stimulate imagination, magic, and help us fall asleep easier. Star Fairies come to us in dreams and help us to unite with our soul (Higher Self) and remember our true nature as light divine beings.

🧚‍ ICE FAIRIES 🧚‍
Ice fairies are joyful artist, who possesses extremely creative energy. They are the guardians of artists and inspire creativity. 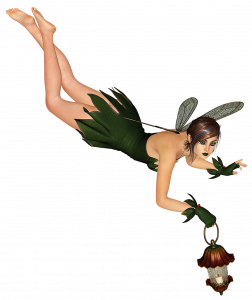 Ice fairies are very beautiful, attractive, and gentle, like snowflakes. They have white color etheric bodies and mostly reside in cold areas where there is snow and ice, which is why we can see them mostly in winter, especially when it snows.

🧚‍ RIVER QUEEN 🧚‍
The River Queen is the Fairy Goddess who lives near the rivers. She fulfills desires and heals emotions. She is compassionate and caring, like a mother. You can feel her closeness when you see the dragonflies, which are constantly following her. She purifies the human aura and cares for rivers, lakes, streams, waterfalls, plants, and animals that live near water. She radiates peace, serenity, harmony, and unconditional maternal love.

🧚‍ STONE FAIRIES 🧚‍
Stone fairies are healers. They have a transparent – etheric body that shimmers like an opal in the colors of the rainbow. Stone fairies live in rocks and among crystals and are considered as the guardians of the healers. 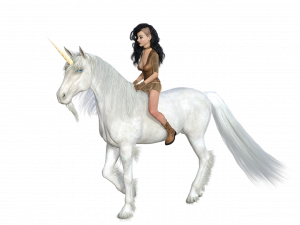 Unicorns are mythical creatures looking like white horses, but with a horn in the middle of the forehead, which symbolizes spiritual fertility and innocence. Silver-colored blood flows through their veins. They are faithful friends and companions of the Fairies.
In Christianity, the unicorn symbolizes virgins and inner purity.
In Muslim manuscripts, the unicorn is associated with the Lotus – a symbol of purity.
In the Nordic tradition, it is mentioned that Odin (the supreme god) rides a unicorn.
His blood is believed to save a person on the verge of death, and a powder made from his horn is considered a miraculous cure for all diseases. Whoever kills a unicorn will be cursed forever.
Although there is no evidence of their existence, people write and talk about them for at least 3,000 years. 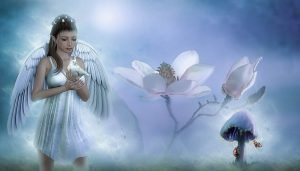